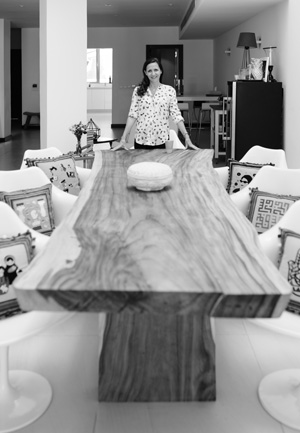 I speak three languages fluently, so a career in translation seemed the obvious thing to do. That this was not my passion, however, became quickly apparent.

Studies in communications led me to a position with a high-end Italian textile company, Jackytex. I loved their textiles and their customers and they loved my languages. Their trend-setting designs put the biggest names in haute couture on their client list. I met and interacted with great designers like Karl Lagerfield, while working on the continuous challenge of producing textiles whose colours and designs would set fashion’s next trends.

Later I was a TV and film costume designer in Paris. A favorite project was the TV film "Commissaire Magret", because it was all about researching 1950s fashion. In Australia, where I moved in 2005, I did photo shoot styling for celebrities.

Always pursuing my fashion obsession, while still in Paris, I sought out and worked with new designers – like Isabelle Marant - who hadn’t yet become known. I created an agency for promoting their work, and when I moved to Australia I promoted my clients there.

In 2009, I moved to Bahrain with my family. With my little daughter as inspiration, I used this interruption in my career to create Lucie-in-the-sky, a brand of dresses for girls. Never leaving styling far behind, I also work occasionally as a personal stylist. And now, there is Yalla Habibi.